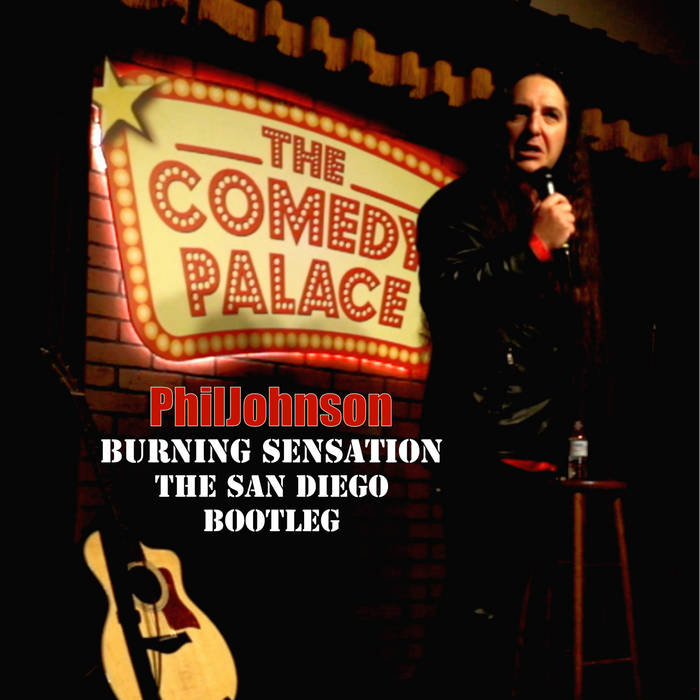 In August 2019 we attempted to film my latest comedy special "Burning Sensation" at the Comedy Palace in San Diego, CA. The audiences were absolutely fantastic!

When I got back to my office and started going through the tapes I discovered that the guy I hired to do the audio recording did not know what they hell he was doing. It was distorted and all on two tracks instead of the four we needed. Totally useless.

So I couldn't use any of it. Later in the year we filmed other shows that became the official Burning Sensation release (also available).

But I couldn't just let this show sit and collect dust. It was - no kidding - the closest I've ever come to a perfect show.

I discovered that one of the cameras had some ok audio on it. Not official release quality. But definitely a solid bootleg quality if I fixed it up a little.

So this is what it would have sounded like if you were sitting in the front row of that mythic San Diego show.

And no, I never got my money back from that inept sound guy.