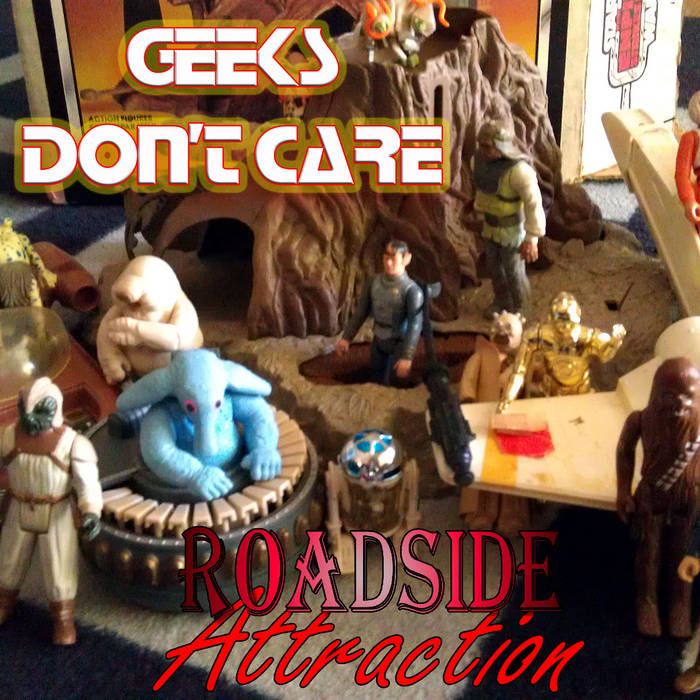 Women are always trying to look hot to attract the right guy. And right under their noses is a class of men that don’t care how hot they are. Geeks. Geeks don’t care if you’re super hot. Geeks care that you don’t have a penis.

This is the brand new, full band arrangement. Very different from the one on my "Be Yourself" DVD.

I originally wrote this song after performing at a breast cancer benefit event produced by an internet radio station that had a heavy geek following. There's nothing more exciting than seeing people in their element with their kind of people. And I was equally excited to see all the loving geek relationships at the event.

So this song is about finding your perfect match. Even when two fives make a ten.

He's a five, you're a five
Together you're a ten
Some hot geek love is about to begin

With a geek life if good
If you're breathing he'll get wood
Lepers are misunderstood
You're just a crusty teddy bear
Cuz geeks don't care.