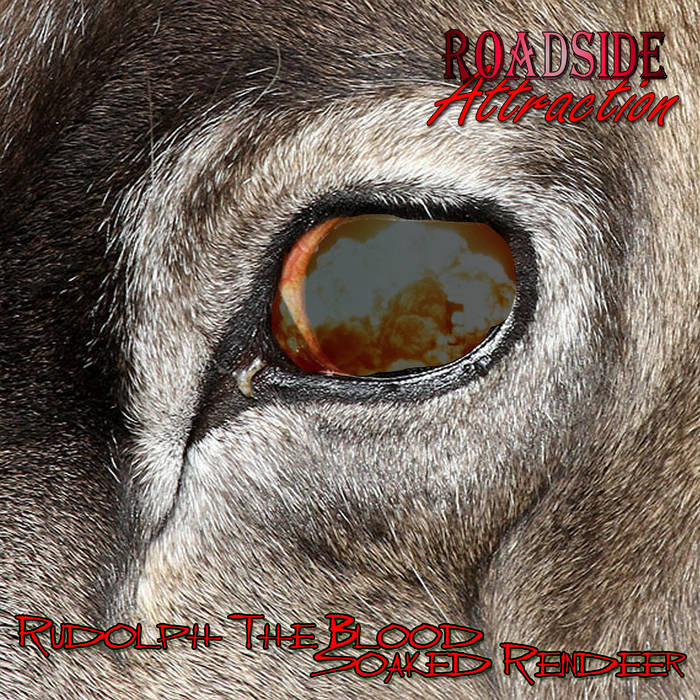 A modern version of the classic story in which Rudolph, sick of being bullied, acquires firearms and plans to make his presence violently known. But does he actually do it?

From the time he was young he was bullied and teased
For something not his fault, some weird recessive gene
That made his nose glow red like a drunk on a binge
He never fit in so he hung out with the fringe

The night was foggy, perfect time to attack
He polished his AK and toked on some crack
And Rudolph with his nose so bright
Is gonna make Hell rain down tonight

We can't fly in this fog, Santa glumly explained
As Rudolph lay behind a snow bank, rifle tightly aimed
When Santa looked down and saw the red dot on his chest
An idea sprang to mind and he said to the rest...

Someone go get that little red-nosed bastard and tell him to get off his ass and do something useful for once. That stupid nose of his cuts through fog like my dick through and elf's asshole.

And Rudolph paused and peered at Santa's smug little face
He could prove his worth and come back from disgrace
He lay his rifle in snow, slipped into his hitch
Took his place at the front and yelled "Yeah Bitch!"

As the soared through the sky to Versailles and Shanghair
The bomb in the toy shop blew the elves sky high
Best of both worlds far as Rudolph could tell
Front of the pack, still blew the place straight to hell