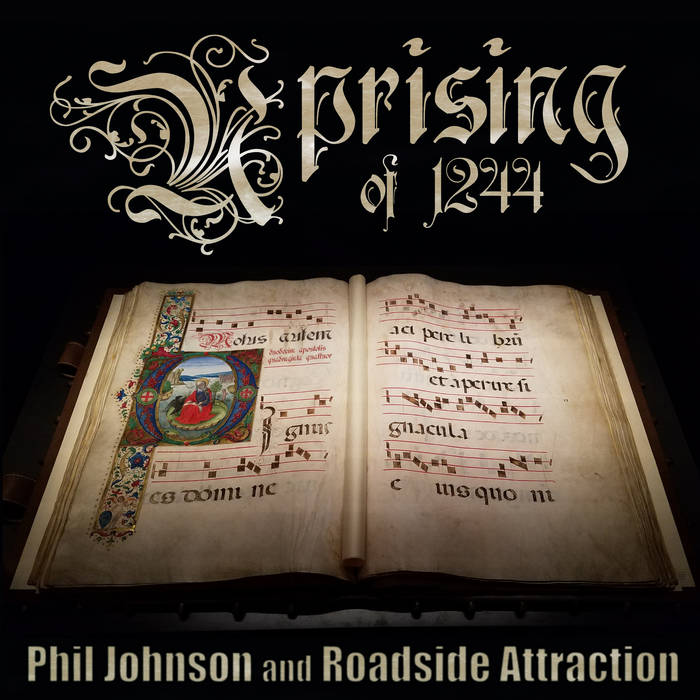 In 2019 we spent a couple weeks in Italy. Awhile back I was looking through the photos from the trip and ran across one of a Medieval illuminated manuscript.

I love really old sheet music. It makes me think of of how many hundreds of years people have been showing up to jam and getting paid in beer tickets. Or grog or ale or whatever they were drinking back then.

I don't remember how to read that old Medieval notation even though I had to learn it in college. (Neumes, they're called.) And I really didn't know anything about the piece in the manuscript. My Latin is terrible.

But I became obsessed with it for a few weeks and went on a little research odyssey to find out what it's all about.

Turns out the piece is called "Uprising of 1244" and it's about the epic fall of a once-beloved king at the hands of his people. A revolt!

Why did they revolt? You'll see...

I thought, "I wonder if I could record a version of this old song." Pretty far outside my zone as a musician. But I gave it a shot and I think it came out good!


He made his address to the citizens from his terrace
In a Tampa XFL jersey, fedora up on top
Proclaiming he was better than an emperor with no clothes
"We'd prefer your fleshy hose", they yelled "than those janky ass flip flops."


They yanked him from his throne and chained him in the town square
Where children stared at his mullet hair and Juicy velour trackwear
They offered an ultimatum to give them all some hope
A three piece double breasted pinstripe or else the hangman's rope.


And the crowd rushed in
With knives and scissors drawn
To cut away the disarray
And force a denoument
Until he stood there, just a naked man
Like a broke co-ed with an Only Fans
And the crowd said "Dear god, we've made a huge mistake."
And we know we're not supposed to body shame
And now we can't unsee this atrocity
Body like a quick stop from high velocity
So you can wear anything you want