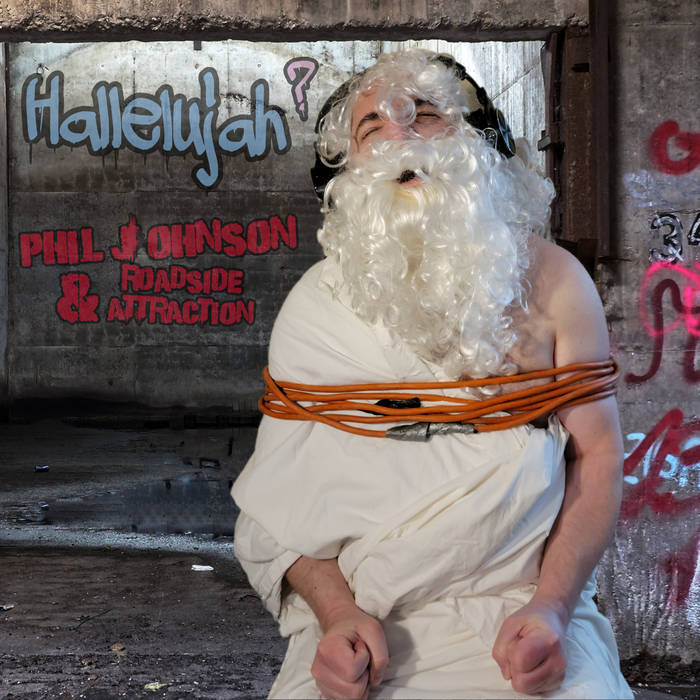 There's a book by Alan Light called "The Holy Or The Broken" all about the history of the song Hallelujah from Leonard Cohen to Jeff Buckley to the song's place in pop culture as an oft-misunderstood American standard.

At the end of the book the author says "But I've never heard a really good parody of it." Something that went beyond just changing the words but actually makes fun of the song itself.

And so I, having never written a parody before, set out to use the song's own lyrics against it to make fun of it's overuse in pop culture.

I heard there was a secret song
That David played for much too long
And the Lord said, you don't know another, do ya?
It goes like this the fourth the fifth
Pretty basic chords if you catch my drift
Another crappy version of Hallelujah

You had a party up on the roof
All the liquor was 90 proof
You asked her bra size, she said What's it to ya?
She tied you to the kitchen chair
She broke your nose and cut your hair
And made you listen to hours of Hallelujah
Hallelujah
She broke your tooth ya
Hallelujah
Cuz then she blew ya

There was a time when we didn't know
Who Leonard was or Buckley, so
We had to keep on listening to Imagine
Now every time it's on the tube
Or covered by another rube
Leonard's bank accounts, are screaming Hallelujah

Maybe there's a God or two
And if there is, he's sick of it too
The same song every day for millennia
And it's not a cry you hear at night
It's not someone who's seen the light
It's a desperate plea for fame with Hallelujah

Hallelujah
I say screw ya
I'm gonna school ya
On Hallelujah