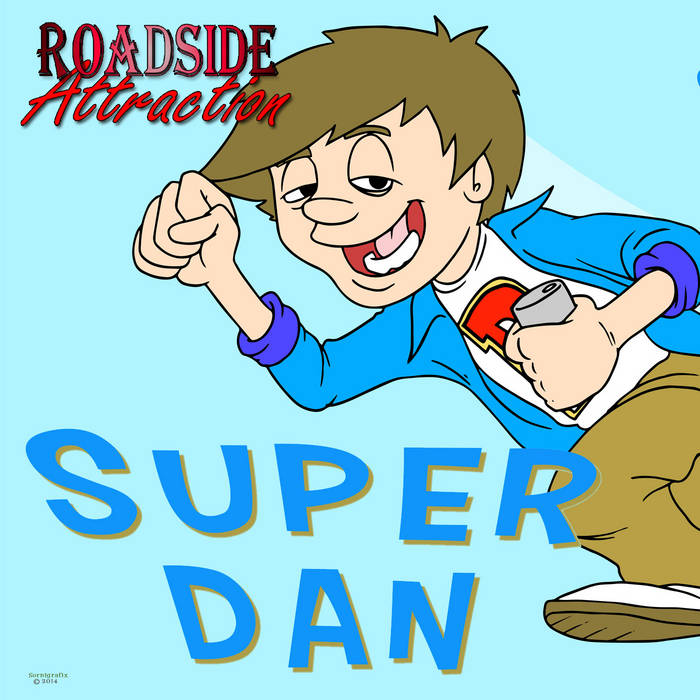 Super Dan is a super hero who's only super when he's blackout drunk. Or maybe he's just a drink dude at the bar with a ton of tall tales to tell.

The sun's gone down and Dan is having drinks with friends
Nothing awfully crazy, just one or two
Cuz something always happens when he gets too loaded
That lands him on the six o'clock news

Super Dan is only super when he's feeling no pain
Fermented grain makes him fly like a airplane
He shouldn't fly when he's been down in his secret lair liquor lab
So can you call a taxi cab for Super Dan?

And evil men cower
When he's in his prime (barely lucid)
And they hear his battle cry
It's Miller time !


Super Dan is only super when he's super plowed
Tried breathing fire but the Everclear just burned his brows
He likes to think he's got the super awesome power of mind control
When hitting on some ugly troll, that's Super Dan

Uh oh... He had her when he said hello
Uh uh oh... Too bad she looks like a Van Gogh

Super Dan is only super when he's totally stewed
He knows karate, jiu jitsu, and a bit of kung fu
Ask him to show you, he'll end up just trying to kick some old dude in the teeth
Sometimes it's tricky to believe ol' Super Dan